Can Patent-Free Ever be the Better Decision?

07 Feb Can Patent-Free Ever be the Better Decision?

In a typical patent filing, we want patent protections to secure our intellectual property such as ideas and inventions stemming from our self-funded R&D efforts. Filing patents isn’t always a selfish reason solely for financial gain per se, but more a defence against corporations who wouldn’t hesitate taking advantage of other businesses by copying an invention that isn’t theirs.

A patent acts as a deterrent.

To honour fairness in society, you generally would want some form of intellectual property protection, at least in Malaysia, so you can reap the benefits of your own unique invention.

In some cases, the need for filing a patent can be subjective.

For example, applying for a patent means making certain technical information about your invention publicly available in the country of application. Sometimes, keeping your invention a secret may keep local competitors at bay more effectively.

Applying for a patent can also be a very time-consuming process (typically three to four years).The industry demand may change or other technology may overtake your invention by the time you get your patent.

Plus, applications will cost you money whether you are successful or not. You’ll also need upkeep your annual fee payments or your patent will lapse. When it comes the time to defend your patent, taking action against an infringer can be expensive. Remember, not all patents have financial value, and we will discuss patent-free products later in the article with examples.

The Vaccines for All campaign: UNICEF and partners are leading the largest vaccines procurement and supply operation in history.
Source: UNICEF

Finally, there’s the consideration for the greater good, for instance, a COVID-19 vaccine. The concept of open science – where drugs should be created outside the influence of financial benefit – operates under the principle that any scientific result should be shared immediately, without restrictions on its use. Some may say this open science concept won’t work because it removes the financial incentives. Without patent protections, no one will want to bear the costs and risks to discover and develop new drugs.

A patent dispute involving inventions for the public benefit is common, but here’s a recent example to help you understand.

Why Moderna Won’t Share Patent Rights with The U.S. Government.

During each development stages of creating the vaccine, Moderna applied for a few patents, each one covering different components of the vaccine. However, Moderna was not the sole developer of the vaccine and the U.S. federal scientists were also a major contributor. Collectively, the U.S. government provided $2.5 billion toward the development and commercialization of Moderna’s COVID-19 vaccine.

Yet, in July 2021, Moderna made it clear that it would not name government scientists as coinventors in a patent application. Moderna’s stance was that Moderna scientists alone had developed a significant component of the vaccine.

Moderna recently offered to share ownership of its main patent with the government to resolve this dispute. As of Dec 2021, Moderna has dropped the COVID-19 vaccine patent application and filed a new application that could allow the patent to be issued at a later date. Whether or not this is enough to satisfy the government’s claims, the outcome of patent battles like this has important implications. 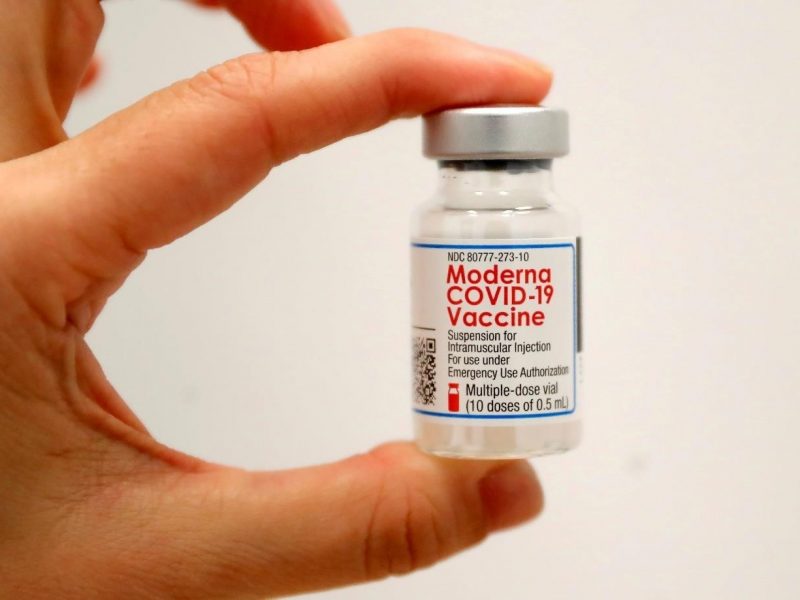 This dispute is not merely about scientific principles or technical aspects of patent laws. A patent’s most powerful effect is to give patent holders a significant amount of control over the technology in discussion. Having the U.S. National Institutes of Health scientists listed as inventors could allow the NIH to collect royalties from the billions of dollars in sales of the vaccine and to license the patent to vaccine manufacturers in countries where vaccine access is low.

If it is a drug created for the greater good is treated with so much priority on financial benefit, how are we to manage drugs and vaccines that will be critical for future public health crises?

This is in stark contrast with CORBEVAX, the new patent-free vaccine. The decision to go patent-free is counterintuitive to the typical approach throughout the pandemic, where governments invest billions in pharmaceutical companies who then waive intellectual property rights for their vaccines, like Moderna. The CORBEVAX vaccine was produced without public funding but financed by philanthropists.

The world’s new COVID-19 vaccine is on its way. Costing significantly less, it will close the gap in vaccine inequity.

To begin, the major difference between this new vaccine and existent ones is that the CORBEVAX vaccine was developed with global vaccine access in mind. The aim was to make an affordable, easy-to-produce and easily transportable vaccine using a well-tested and safe method.

To achieve this, the researchers are not
concerned about intellectual property protection or
financial benefit at all. 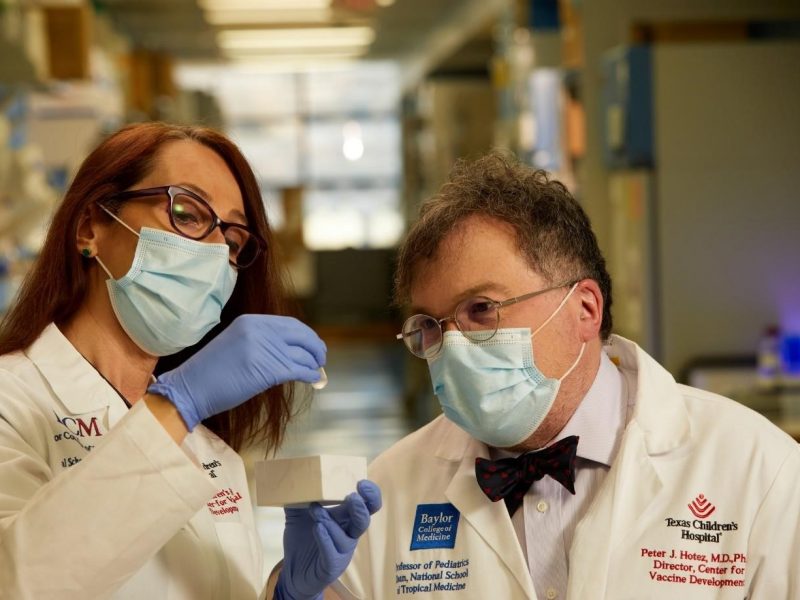 A Vaccine Built for The World: Why Patent-Free is Better in This Case.

Let’s take it back to two concepts we discussed earlier, open science and the greater good.

Approximately 77% of people in rich and middle-income countries have received at least one dose of the vaccine, but only 10% in poorer countries. Wealthy countries are giving boosters and even fourth doses while first and second doses are not available to a lot of communities worldwide.

Plus, the governments of wealthy nations purchase vaccines in advance, which limits supply. While developing countries are able to produce their own vaccines, lower-income countries in Africa, Asia and Latin America still need to firstly be able to afford just placing orders.

The rapid development of vaccines against COVID-19 is a monumental scientific triumph. However, the formulas for making these vaccines are the exclusive intellectual property of pharmaceutical companies, which means countries cannot manufacture an approved vaccine themselves, thus gatekeeping distribution worldwide. For this reason, most poor countries won’t be widely vaccinated until at least 2024.

The idea of the patent-free vaccine is to have a world where countries are not competing against each for a limited supply. Sometimes, you can make a good living just by serving a greater good.

Other Great Inventions That Are Surprisingly Not Patented

Let’s lighten the article with something more fun and interesting.  If you ever invent something original, one of the things you’ll hear is “make sure you get a patent for it!”. However, believe it or not, there are plenty of inventions out there without a patent.

Okay, sure the Internet is somewhat difficult to patent, but inventor Sir Tim Berners-Lee made a public decision not to accept royalties. He believed the World Wide Web should be freely available to anyone, so he never patented the website he first launched in 1991. In fact, not charging for his creation is the major contributing factor to why he won the 2004 Millennium Technology Prize.

Chemist John Walker also wanted to ensure his idea was free for public use. He wanted to make wooden sticks that are able to create and transport fire with ease, even without a candle or other source nearby. In the 1970s, Walker’s hometown attempted to commemorate his contribution with a statute.

Smileys, as they were once called, was designed by American artist Harvey Ball. He was told to design an image to boost morale at an insurance company in 1963, but it quickly became popular outside of the office. He declined to register a copyright and was paid only $45 for the original design. Emoticons and smileys eventually evolve into the emojis we know today.

This is a case of an invention that was patented, lapsed, and then exploded in popularity. Catherine Hettinger who first created the toy had to let her patent lapse because she couldn’t afford the $400 renewal fee. Then, it became the hottest toy, where both cheap and luxury ripoffs were sold everywhere. It’s a shame for Hettinger, because fidget spinners are fairly therapeutic and are used as a tool for kids who struggle with behavioural issues such as ADHD, autism, and anxiety.

The computer mouse was once patented, but like fidget spinners, the patent expired and then exploded in popularity. Douglas Engelbart first invented the mouse in 1963 and never sought out royalties. He passed away in 2013, but his invention, which at the time was carved out of wood and only had one button, is one that we continue to use daily. 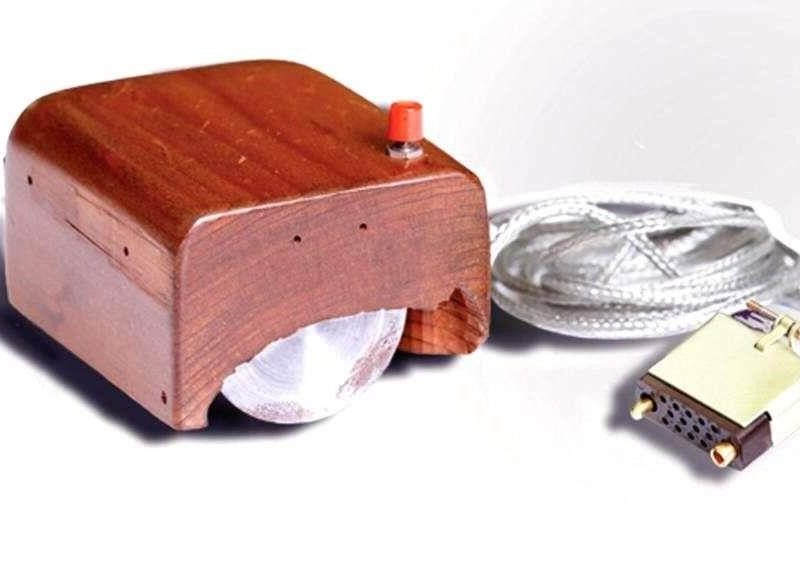 Should you seek out a patent for your idea? Maybe. In most non-humanitarian cases, you are encouraged to protect yourself if you can afford it. The potential for profit should outweigh the time, effort and money it takes to get and maintain a patent.

If you have no idea what decision to make, get personalised advice from a Malaysian patent agent. Patents are regional and it’s good to protect your intellectual property in Malaysia at the very least.