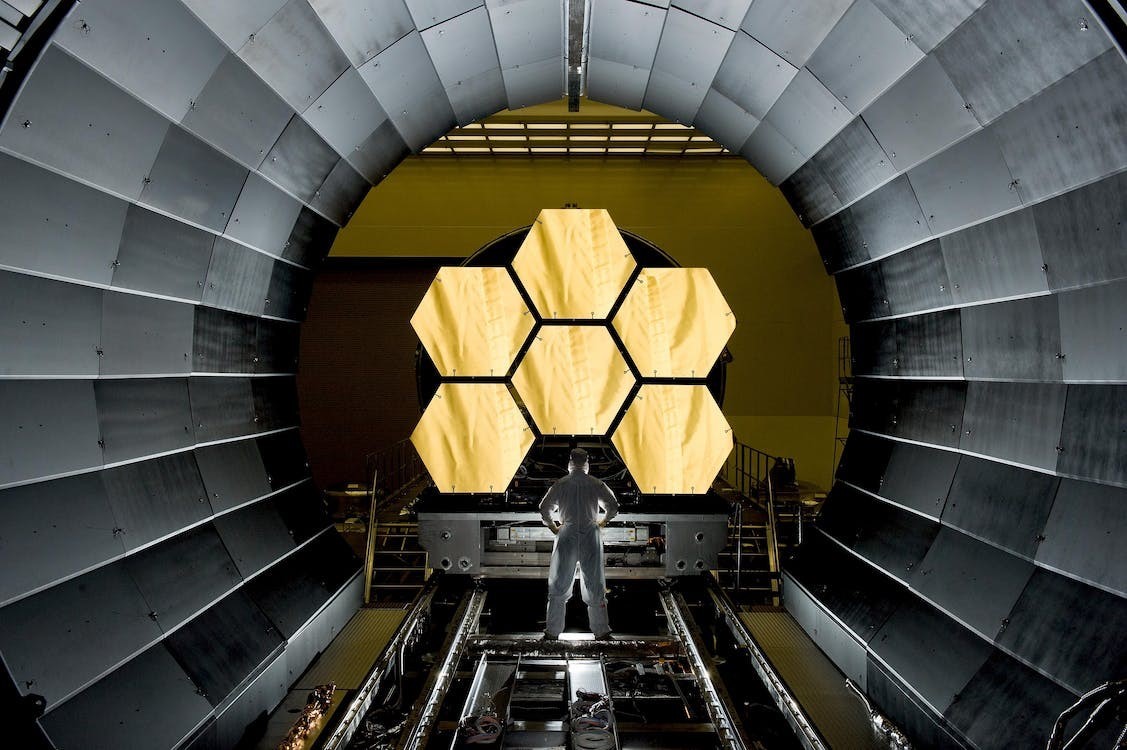 In order to be irreplaceable, one must always be different. Plus, it pays to be unique. That’s why these inventors decided to patent their creations – to profit off their own ideas and pay for research and development costs.

Did you know that the first patent was awarded in year 1421? It belonged to an Italian architect and designer Filippo Brunelleschi for a boat that transported marble. Since the implementation of patents, it has helped businesses grow significantly and has encouraged inventors to create plenty of new products.

From then on, some of the patents awarded have more than improved human lives – it changed the course of humanity. Here are some famous patented inventions that has become worldwide phenomena.

The electric lightbulb is perhaps one of the most famous inventions known to mankind. As you must already know, it was awarded to Thomas Alva Edison in 1878.

Coincidentally, English inventor Joseph Swan received a patent for a similar product in England at the same time. Later, the two collaborated to form Edison & Swan United Electric Light Company. Edison owned 1,093 patents, including the phonograph and the dictaphone.

Can you even imagine how we would we function without cars, buses, and trains? These vehicles operate with an internal combustion engine. It was patented in 1823 by Samuel Brown for pumping water.

The name Alexander Graham Bell will make everyone recall their primary school science classes. The first telephone was invented and patented by him in 1876. Bell went on to cofound the American Telephone & Telegraph Company (AT&T). The company is still an industry behemoth today and the world’s most significant in the industry.

This machine is a non-negotiably essential item for any business, home, or school. The first modern computer was patented by the Electronic Numerical Integrator and Computer (ENIAC) in 1973. However, the patent was invalidated over the claim that the Atanasoff–Berry Computer (ABC) came first, but this computer was not programmable. The first commercially successful computers was the Apple II, invented by Steve Wozniak and patented by Apple Computers Inc in 1977.

Although the iPhone was not the first smartphone or the first phone to connect to the internet, its design has successfully inspired and shaped the look and function of mobile device that many people use everyday.

What makes the iPhone of any similar electronic device such an essential utility in the modern world is that it is more like a handheld computer and camera than a telephone. Its functions are limitless. Subsequent improvements on these devices have come to influence how humans communicate, navigate, and even think today

Even though Wi-Fi is probably the most popular medium of connectivity today, people still use Bluetooth for file transfers and device connections. Your keyboards, mice, game controllers, printers, and audio devices are probably still dependent on Bluetooth. Invented in 1994 by Jaap Haartsen, Bluetooth technology allows nearby electronic devices to connect using low-power, ultra-high-frequency waves.

The third generation connected cell phones to GPS and the internet, transforming the device we carry with us every day. This 2003 patent, made video calling and streaming possible on a handheld device. 4G infrastructure created a decade later have continued to transform cell phones, turning it into a wallet, personal assistant, and entertainment device.

Roger L. Easton, who was in US The Navy, invented GPS satellites in the 1950s for the Naval

Research Laboratory (NRL) to track satellites and objects in orbit. In the following decades, Easton modified his invention to track objects on the ground from space. The technology remained within the military for years.

The GPS we use today became fully operational with 24 satellites in 1995. Now, Google Maps is virtually never out of reach. Some of us depend on it so much, we use it daily even on routes we take all the time.

Here’s something that you may not notice how extremely important it is. Can you imagine looking for something on the internet, without any algorithm to help narrow down your search results? Larry Page developed Google PageRank in 1998, which calculates the importance of a webpage by counting the number and quality of links attached to it. Without this invention, we’d be constantly lost in the sea of information and cannot extract what we need anywhere near our current efficiency.

Sometimes, technologies that change one person’s quality of life forever carry even more significant meaning than technologies that just make life more convenient for many people. The first attempt to restore sight to blind people was in 1968. By stimulating the neurons of the brain, the doctors caused the patient to see spots of light in half his field of vision.

Today, much smaller sight-restoring electronics can be implanted directly into the retina. Completely blind patients have been able to restore partial sight, like the ability to see shapes and light. As electrodes continue to shrink, the technology is only set to get better, and is expected to benefit not only blind patients but the rest of us who have minor but lifelong vision problems.

CRISPR-Cas9 is a gene editing tool developed at the University of California to modify single-celled organisms. It works by using the Cas9 enzyme to “cut” out segments of DNA, which may be replaced with another DNA section.

The technology was then improved to work on multi-celled organisms, and patented in 2014. Today, CRISPR is used to modify the genes of crops and livestock to improve yield. It is also used to treat human patients with sickesses such as leukemia. CRISPR can be injected into embryos or introduced to cells such as immune system cells.

As it is a relatively new technology, the possibilities for genetic engineering are just starting to take form. Lots of ethical concerns have yet to be discussed, but rest assured new drugs and treatments for a variety of diseases on the horizon.

The 3D printer was actually patented a long time ago in 1986, way ahead of its time. The machine is a moving platform that takes inputs from a computer and positions the base under a nozzle. Liquid resin from the nozzle forms the object, layer by layer, which is then solidified by UV light.

We have still yet to see the true value of 3D printing as it is a technology that’s still at its infancy in the consumer market. With metal-printing methods such as laser metal sintering, manufacturers are now 3D-printing ambitious mega constructions such as bridges and rocket engines. 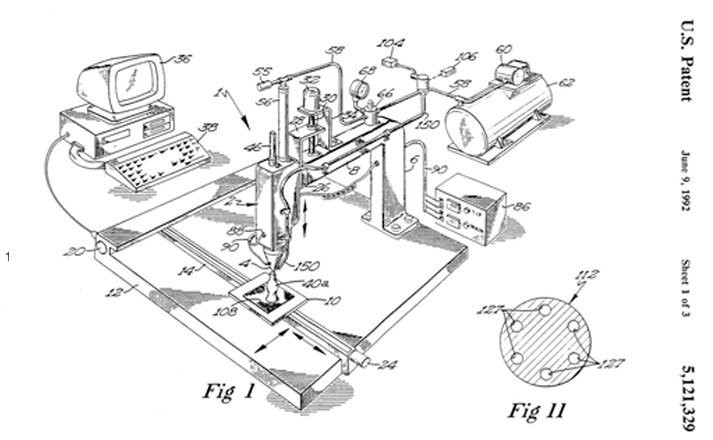 As we go through the article, we are introduced world-changing technologies that are more and more forward-looking.

The first proposed VR headset was patented in 2000 not to play video games, but to help users analyze financial data. Inventor Paul Marshall continued to work on these technologies to create a “three-dimensional information landscape,” which remained primarily in the research phase until Oculus Rift released their entertainment headset in 2016.

Now, other virtual reality systems, such as Samsung VR and Google Cardboard, use a smartphone to display the computer world. Augmented reality (AR) stemming from this technology could be used in the future to help everyone from construction workers to scientists by overlaying data onto the real world through a lens we might all wear someday.

We may be entering the Graphene Age. This composite material which is made of a single layer of carbon molecules arranged in a honeycomb structure, is incredibly lightweight and about 200 times stronger than similar layers of steel. It also has high heat resistance and efficient electrical conductivity, making graphene ideal for computer chips, airplane wings, and a plethora of other uses.

Graphene is similar to what you find in a pencil, but isolating a single layer of carbon molecules is incredibly challenging. in 2004 Andre Geim and Konstantin Novoselov was successful and it earned them the 2010 Nobel Prize in Physics.

Patents have a positive effect on society because they promote innovation. They also your protect intellectual property. The inventor secure the right to exclude others from using, making, and selling their product or method, while maintaining the right to sell the item exclusively and for a higher price.

Speak to Intellect if you have an invention that you’re considering to get patented. Protection is key to the success of your product.