The IKEA Franchise: How Did a Furniture Store Become Synonymous with Sweden 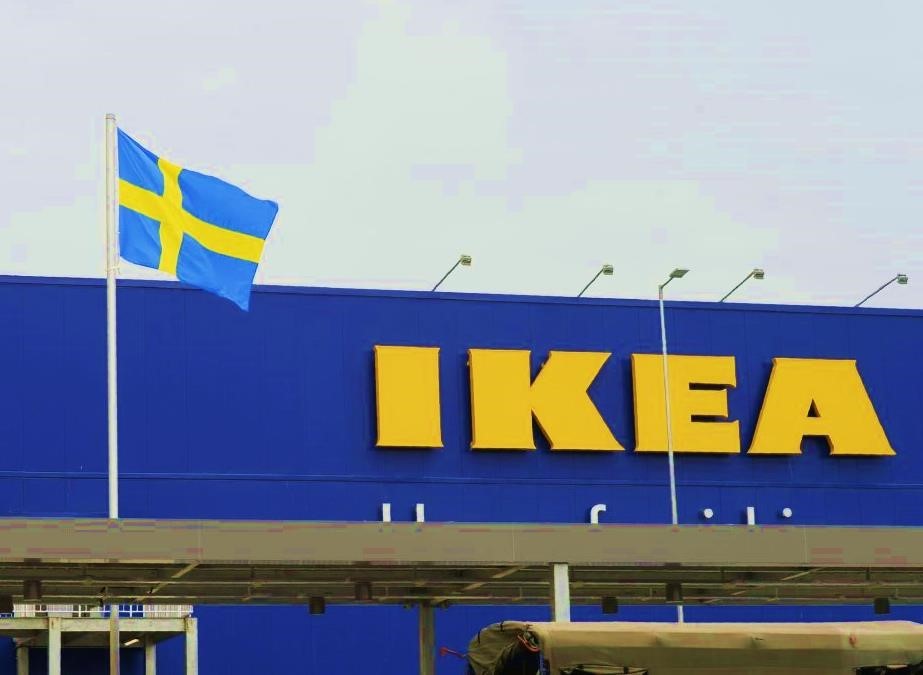 06 Dec The IKEA Franchise: How Did a Furniture Store Become Synonymous with Sweden

Posted at 10:00h in Franchising & Licensing by intellectgroup
Share

How much do you know about Sweden?

Being a South-East Asian so far away from Europe, chances are, you may not have the exposure to know too much about the intricacies and culture of each and every nation in the continent. On top of that, Sweden is arguably not quite in the centre of attention of tourists and can easily be overlooked.

To many, IKEA’s brand messaging and products are the introduction to this Scandinavian country’s history and culture. IKEA is not Sweden’s national brand but IKEA spearheads some of the values people associate with Sweden: practical, smart, cosy homes, non-elitist, egalitarian. The Swedish way happens to also be trending right now, as the country is often seen as a social democratic model country, where people are egalitarian, wealthy and happy.

To visit IKEA is to visit Sweden

Go to any IKEA store, and you’ll notice you are surrounded with “Swedish-ness”. For starters, the logo is in the colours of the Swedish flag. All products have Swedish names. Most prominently, a large number of people go to IKEA not to buy furniture, but just to get their fix of Swedish meatballs and other Swedish delicacies such as Daim chocolates, almond cakes, rye crackers, and aquavit, which sell a glimpse of the culture to the world. 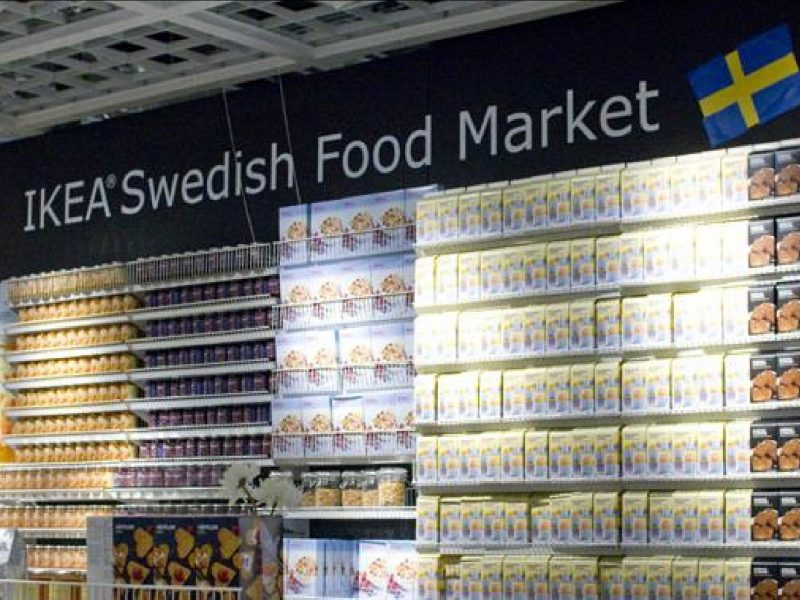 IKEA Food Section of The Store for Visitors to Take Home A Taste of Sweden
Source: Bento

The Concept of National Branding Ambassadors

Countries and corporate brands are often interlinked. For decades, this furniture franchise has strategically commodified Swedish cultural concepts and exported them across the world. Like a number of other companies, IKEA uses Swedish culture as part of its marketing strategy, such that it almost works as a nation’s branding ambassador.

This can be seen in Barilla or Prego for Italy,
for America, BMW for Germany, as well as
Havaianas and Ipanema flip flop shoes for Brazil.

These corporate brands who unintentionally become ambassadors of their country of origin gain global attention and at the same time, get further traction by appealing to their country of origin. Some may even say IKEA is doing more for the image of Sweden than all tourism efforts combined. IKEA is ingenious in blending global and local characteristics in their products and many Swedes are proud of the IKEA brand, which currently has 300 stores in 38 countries. In fact, their method of honing into the country’s ideals is so well executed that it overshadows other equally successful Swedish companies such as Spotify.

What Makes A “Nation Brand” Successful?

The downside of these “nation brands” is that they are often an oversimplification of a country’s culture and identity. A country cannot always be identified only by a specific branch of history as there are often a multitude of reasons – past and present – that makes a country fascinating. However, many countries are starting to realise that they must stress their individuality to be able to compete at an international level. Sweden is a small country, about 1.5 times the size of Malaysia but with a population of only a third of ours. To be successful at that size, companies must add value and special knowledge to their products. In a world where hard power is no longer used, soft power in the form of reputation is the new currency. Now, countries are beginning to understand that their image can be forceful and influential. 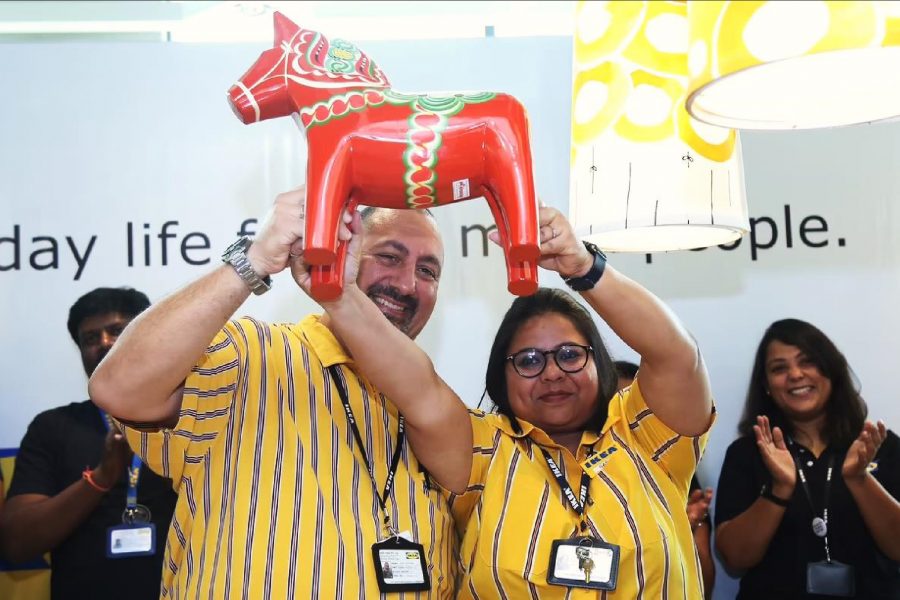 The Iconic Dala Horse Or “Dalahästen” Is A Symbol Known All Over the World
Representing Swedish Tradition and Crafts.
Source: IKEA

IKEA would not be IKEA without its Swedish background

In a business context, you only have a few minutes to explain your brand, and it helps if you don’t need to use that precious time to explain the nature of its origin. In fact, the country of origin could add real value to a product. The perception and reputation of a country can result in a phenomenon called the country-of-origin effect. According to Nation Branding Info, the Swedish way places the word “progressive” in the centre, with four core values around it: “Innovative”, “Open”, “Caring”, and “Authentic”. These traits might not be entirely unique, but as a package, it represents Sweden well and IKEA fits perfectly in this context.

Is It Possible for Non-Swedish Franchisees to Honour This Image?

A company that is very affected by the image of Sweden must seem difficult to replicate globally. In a quest for the best replication system, IKEA Founder Ingvar Kamprad was searching for a way to grow the company internationally, and at the same time maintaining its entrepreneurial spirit and protecting the underlying IKEA Concept. After researching the subject thoroughly, he came to the conclusion that a franchising system was the best alternative.

This is a step to ensure the long-term growth and development of the brand well past the life of Ingvar and into the future. The franchise system offers franchisees financial stability, while allowing them to challenge, test and explore new markets and ideas. The franchise system also protects the IKEA-Sweden image while assimilating it to a global need in a few ways.

Firstly, there’s the global need for space optimisation. For instance, populous cities like Penang and Kuala Lumpur have specific housing demands which requires maximising small spaces.This is a common ground in which the Swedish way of efficient and smart designs can be introduced and adapted. In recent times, the Scandinavian interior design has become widely accepted and even sought after by the local market, being seen as the modern way of efficient and minimalist living. Despite IKEA marketing itself as an affordable brand, it still manages to maintain a superior image in which all Malaysians dream of. 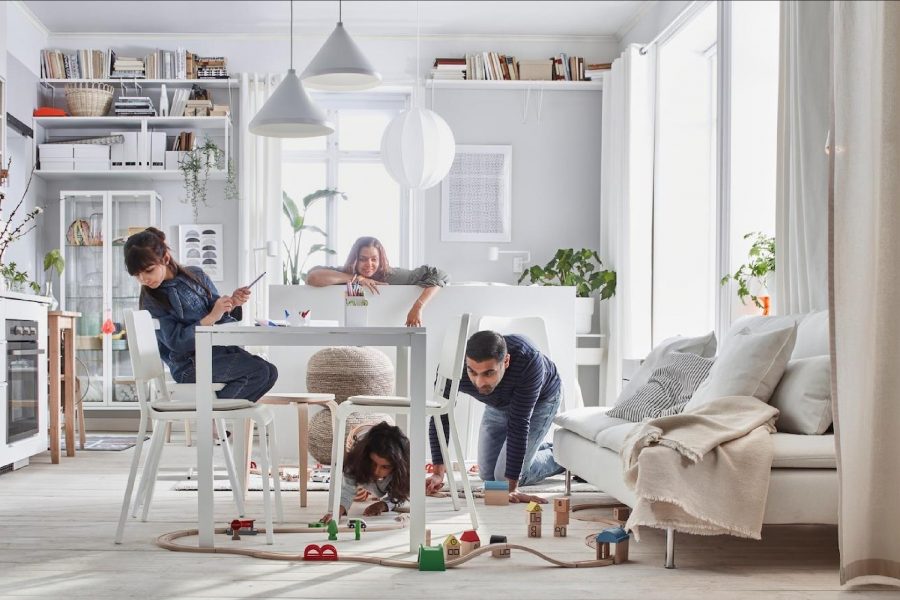 Secondly, franchising allows room for a certain amount of adaptation to grow successfully in climates and cultures which are so far from Sweden. Before opening stores in a new country, extensive research has been made to find something that could be made relevant to local consumers. The IKEA concept is then developed according to the brands where they operate.

IKEA states that as a franchisee, you will sell the IKEA product range, use the IKEA trademarks and operate according to proven working methods, following the IKEA values. However, there’s freedom about what to sell and when. For example, Malaysian stores stock furniture that match the lifestyle and climate as opposed to countries in the colder climate that might have to withhold outdoor furniture on display until the winter months. The IKEA franchisee Malaysia clearly takes local celebrations into consideration then build room sets with designs catered to the different cultural tastes of Malaysia’s ethnic groups. 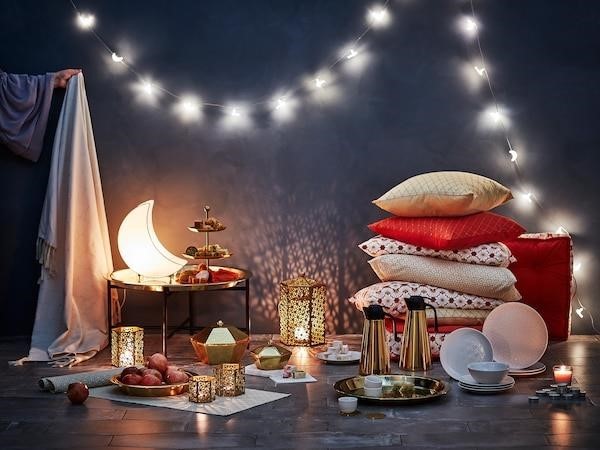 Thirdly, all countries can benefit from the frugal and low-cost ways of IKEA, and this concept can very easily be adapted and accepted by even non-Swedish countries in the world. Affordability is a goal that keeps franchisees constantly striving for innovation in optimisation, which will generate savings that translate into better prices for the customers, and in turn a better business for all.

The franchise model maintains a continuous growth and thereby enjoy greater economies of scale. We already know that their do-it-yourself furniture which comes flat-packed optimises cost. That being said, the nail on the head that keeps customers coming back to a furniture store – something people don’t typically shop for over and over – is the very low-cost snacks and fairly-priced restaurant meals.  As a way to honour the Swedish values but also adapting to the local preferences, IKEA Malaysia came up with a successful idea.

Can you guess what IKEA did to appeal to Malaysians?
Hint: It’s hot, crispy, and incredibly moreish 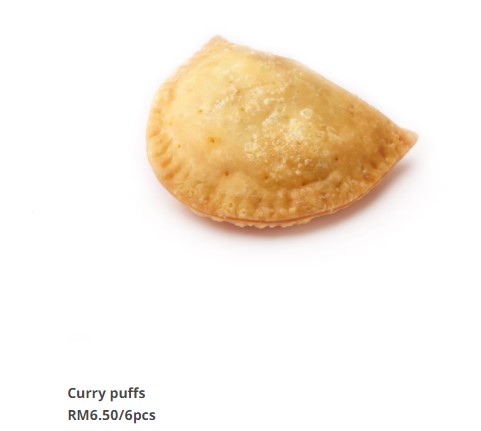 So, What Is “The Malaysian Image”?

Is there a franchising company in Malaysia that functions as an ambassador like IKEA? What exactly is our national brand? If you are a Malaysian, what would you say is our country’s defining brand?

Our food and multicultural diversity of course! This is what makes us different from our neighbouring countries and makes us stand out as unique in the global viewpoint. Foreigners are always impressed by how huge the food and drinks menu can be in any simple food shop in Malaysia. Now, what is a good example that is the Malaysian equivalent of IKEA as an ambassador for Sweden?

Old Town White Coffee started out selling instant white coffee, which is a beverage unique to Malaysia, specifically originating from Ipoh, Perak. The company had to look hard for ways to introduce their white coffee mixes to retail channels across the Asian region as white coffee was non-existent in other markets, making brand introduction a challenging task. Fortunately, the brand has quickly become a favourite among coffee lovers across Asian and they now export to over 18 countries. Despite the increased competition in the beverage industry in Asia, Old Town has maintained segment leadership and strong sales growth across the region.

But they didn’t stop with just coffee, they also own signature outlets which serve a delicious variety of Malaysian food items like toasts, rice and noodles. Following initial success in the Malaysian market, Old Town developed a franchising expansion strategy. To date, they operate in over 200 cafe outlets across Singapore, Indonesia, China, and Australia.

The brand sells itself as a place that reminds you of the old school Malaysian way: marble table and stools set, wooden booths, floral porcelain cups, Nasi Lemak served in waxed brown paper, and classic style floor and wall tiling. The shops are designed to bring back the retro atmosphere where coffee shops were the it spot to hangout, have business talks, or just chit chat and relax the afternoon away. This memorable traditional coffee shop style truly represents the ideal Malaysian way of living.

Enhancing Malaysia’s image involves creating a clear position for Malaysia internationally – a unique place in people’s consciousness that distinguishes Malaysia from other countries. We, as Malaysians and Malaysian image makers, must define what unites all things Malaysian, and also dare to identify the associations people around the world make with Malaysia. It actually requires some level of patriotism, national pride, and an open-minded acceptance of the “stereotypes” the world associate Malaysia with, then creating a symbiotic relationship between the country and the organization.

There’s still plenty of franchise business opportunities for you to start your own company that can bring the Malaysian brand to an international level. Comparing IKEA and Old Town White Coffee, we can see that the common success factors that you should take into consideration are:

Does the topic of franchising in Malaysia interest you? Check out our articles in the Blog section and you will find more information about franchising and franchise registrations in Malaysia.