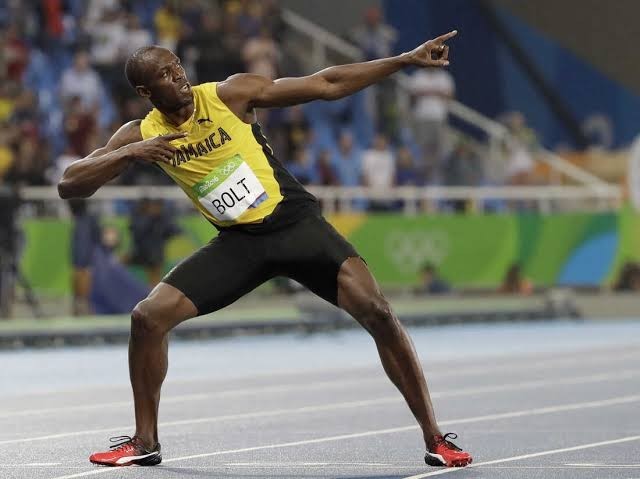 Bolt striking his signature pose on the tracks
Source: NPR

Here’s another idea for your next potential trademark.

Bolt is known all over for his recognizable stance, where he leans back with his arms pointing across his body toward the sky, a pose he routinely strikes after raking in numerous gold medals and breaking world records. The logo is, as such, a silhouette of the fastest man in history with one arm extended upwards and the other pulled back to mimic the shape of a lightning bolt.

The filing shows that Usain Bolt will use his distinctive stance to market a list of products in the form of a logo. These items include sunglasses, jewellery, bags, and sporting goods, as well as restaurants and sports bars. It was filed with the US Patent and Trademark Office on August 17, 2022. As a matter of fact, Bolt had previously applied to register a similar trademark about 12 years ago, but this filing has since lapsed after going unused.

This list of products is actually relatively extensive in the Intellectual Property world. Even though it can be quite a long and costly process in the beginning, the logo could be licensed as a source of revenue, or he could choose to make those products himself. Of course, the obvious reason for him doing this is because of his fame, but this former athlete also has other side hobbies you may not know about.

The 36-year-old has been dabbling in a few business interests after he declared the end of his sporting life. Apart from his numerous business partnerships with companies such as Puma, he’s a real estate investor and co-founder of the electric scooter company Bolt Mobility.

Considering that this sprinting legend has made such an impact in the sporting world, it is very wise of him to be protecting his rights as comprehensively as possible.

We all know someone who displays very specific body languages in our lives, so much that it can become a recognizable trait about them. Many celebrities also have body features, parts, or poses, that become identifiable elements of their personality.

When fame passes a point, distinctive aspects of an individual’s body become widely identifiable in the eyes of the public. Some examples of very identifiable features include Shakira’s hips that don’t lie, Jessica Roberts’s million-dollar smile, and Miley Cyrus’s quirky tongue-sticking-out pose.

However, are these acknowledged in trademark law?

To start, a body part is seen as being an in-built aspect of the human anatomy. In that sense, due to its generic character, it would be automatically barred from trademark protection. Nevertheless, we’ve seen that this prohibition is not absolute as the signature styles or bodily looks of celebrities can be protected under IP laws.

As a rule, a celebrity’s signature looks are primarily protected under a right of publicity rather than through trademarks. However, if the celebrities merchandise their signature looks by imprinting them onto products, then a case for establishing trademark rights can be clearly made out.

For instance, Air Jordan sneakers have the ‘Jumpman Logo’, which is a trademarked etching of basketball player Michael Jordan jumping for a slam dunk. Drawing from that, Shah Rukh Khan’s body posed in his signature ‘DDLJ move’, of open and stretched out arms, can also be considered trademarkable if its sketch is imprinted on a t-shirt. 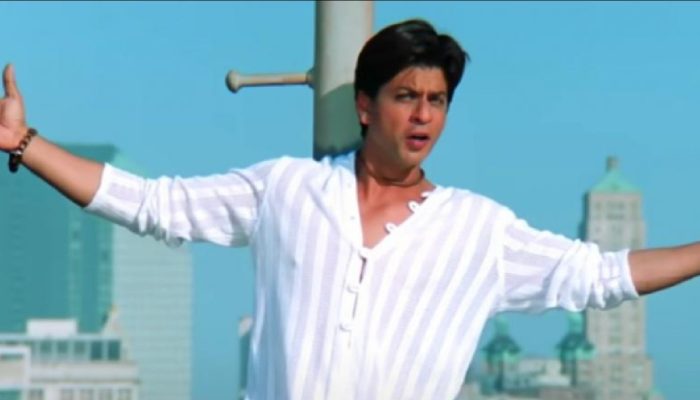 Some hindrances in getting the trademark registered for signature looks and poses are also worth discussing. Just like any trademarks, there are some criteria which a mark must satisfy to be classified as a non-conventional trademark, where the main and most important part is that it must be very clearly distinguishable. With this, practical problems may arise, differing on a case-to-case basis.

The preciseness, clearness, accessibility, durability, objectivity, and intelligibility will be taken into consideration. The mark should be inherently distinctive. If a signature pose or look is to be trademarked, then the description should be so precise that there is no chance for any sort of confusion with the look or pose created by another.

In 2017, the lead singer of the band Kiss, Gene Simmons, tried to trademark the ‘Devil’s horns’ hand gesture. This resulted in great criticism and the major reason for this outrage was that this has been in existence for ages among rockstars. The origin is not attributed to Simmons and is not exclusively connected with him. Consequently, the gesture is generic in nature and not distinctive. The trademark application was not accepted.

Huge backlash was received by Gene Simmons of Kiss when he tried to trademark this hand gesture.
Source: The Washington Post

Other Famous Examples of Trademarked Poses

Only a few years after his death, his production company “Mercury Songs Limited” secured his name as a word mark and as a word-picture mark with his signature and his typical stage pose.

The current status of the Freddie Mercury filing is Registered.

The AIR JORDAN trademark is based on NIKE Innovate C.V. The current status of the AIR

Michael Jordans logo has a legacy in the world of footwear.
Source: LogoMyWay

The GARETH BALE mark is his signature heart goal celebration and shirt number. The current status of the GARETH BALE filing is Registered.

Welsh football player trademarked his goal celebration hand sign, which now earns him around £3million a year.
Source: The Mirror

Based on JLINGZ LTD, the JLINGZ trademark is used in Headwear and Footwear. The current status of the JLINGZ filing is Registered.

Bodily-assets can be protected by trademarks.

If the shapes or styles of human bodies become distinct and identifiable features of some celebrities and can be easily associated with those celebrities by their fans or followers, then expanding their intellectual property rights is a smart choice.

Apart from preventing misuse, this carries the potential of opening new revenue-streams and other economic avenues, especially if they’re merchandised through certain goods or services.

Unfortunately, not all of us can be global sensations and have superstar traits to be trademarked. Nonetheless, it shows that even the most important people in the world want to be protected by trademark, proving the importance of Intellectual Property in securing your rights. Consider investigating the possibilities of trademark protection with Intelllect.