Posted at 17:37h in Trademark & Copyright by intellectgroup
Share

Have you ever considered protecting your Chinese trademark whenever you export your goods into the Chinese market? Or did you think that having a Western trademark registration is sufficient?

As the Chinese language is fundamentally different from Latin, businesses planning to tackle the Chinese market must have a Chinese version of their trademarks especially when the goods are exported to China and Taiwan. It is always important to select the appropriate Chinese equivalent of the original trademark when you want to enter one of those countries Hence a few aspects in trademark selection need to be considered – amongst others are the translation, transliteration, and a combination of both as well as its meaning.

In the Chinese language, pronunciations play a vital part as the consumers from different regions of the Chinese countries may pronounce words differently, in accordance to their local dialects such as Hokkien or Teow Chew. Some elegant terms in Mandarin may even be different or give negative impressions when spoken in other dialects.

In order to avoid unexpected embarrassment, the marketing and branding teams of a company need to conduct sufficient survey checking and finalizing the acceptance level of the proposed Chinese trademark before it is used.

Registration of the Western mark will not grant automatic protection to the Chinese mark. Separate registration is required. Therefore, it is vital to file an equivalent Chinese trademark immediately once your Western trademark is used in a particular country such as China because if you do not do so, once your Western mark is used or known in China, Chinese versions of it may be created and filed by the locals and/or any of your potential competitors there.

Consequently, you may risk yourself losing your rights to protect your Chinese trademark and in the worst-case scenario, you might need to even stop using the similar mark which now belongs to another proprietor or spending substantial money to initiate legal action against your competitor who attempts to use or register a trademark which is closely resembling your trademark in one way or another. This was exactly what happened to the Starbucks Coffee Company in China.

Starbucks went against a Shanghai coffee company, Shanghai Xingbake Café under Trademark Infringement. Starbucks has 300 outlets in China, having opened its first outlet in Beijing in 1999. Xingbake argued that it had registered its name in the year 2000 and before Starbucks opened its first store in Shanghai. Nevertheless, Starbucks insisted that it had registered its name ‘Starbucks’ and logo in 1996 and thereafter filed a lawsuit against Xingbake in Shanghai in December 2003, alleging trademark infringement and unfair competition.

It was further argued that ‘Xingbake’ sounded phonetically similar to ‘Starbucks’ in Chinese and not leaving behind the translation of ‘Xing’ means star and ‘bake’ somehow sounded like Bucks, therefore Xingbake would be the same as Starbucks in Chinese. Xingbake’s logo is also very similar to Starbucks’ logo design.

It was also argued that, in China, people generally refer to Starbucks as ‘Xingbake’ rather than the Western name of Starbucks. 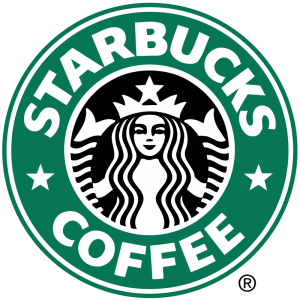 ngbake claimed that it never violated the Starbucks trademark or copied the design of the logo.  Its General Manager even said, “We invented ‘Xingbake’ as our brand when we planned to start a café business in Shanghai and it is just a coincidence that our name is the same with the Chinese version of Starbucks”.

“The logo was designed by our own staff. To be frank, I hadn’t heard of Starbucks at the time, so how could I imitate its brand or logo?”
Chief Judge Lu Guo Qiang at the Shanghai No. 2 Intermediate People’s Court, found that Xingbake did translate to Starbucks in Chinese and was entitled to have sole right to use its name in English and Chinese. Therefore, Xingbake had been ordered to stop using its name and to pay Starbucks 500,000 yuan (RM 234,000) in damages.

One could argue that a literal translation of a Western trademark could be different from the Chinese version and as for Starbucks, it has a stronger case in view of its direct translation. It could be messy if there is a twist in the event. So, take this case as a lesson or precaution and do not let a similar incident happen to you, especially if you wish to expand your businesses to China or Taiwan.