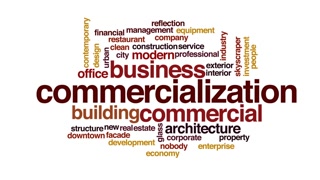 Posted at 14:32h in Patent & Industrial Design by intellectgroup
Share

As a developing country, Malaysia needs a mass amount of innovation in its quest to become a developed country. According to the INSEAD & WIPO’s Global Innovation Index 2012, Malaysia is ranked 32nd in the world. Malaysia is ranked second among the countries with upper middle income status, behind Latvia. Malaysia is ranked seventh among South East Asian and Oceania countries, behind Singapore, Hong Kong, New Zealand, South Korea, Australia and Japan. Among the factors being considered in the ranking are:

Geographically, Malaysia can be considered as innovative as we are ranked higher than our neighbours such as Thailand, Indonesia and Philippines. Malaysia being the second ranking country among the upper middle income status signals that Malaysia is ready to climb to the top rank of becoming a high income country through innovation.

The challenge will be on the ways to do it. By comparing this ranking with the number of patent filings in each country, we are able to provide a certain connection. According to the World Intellectual Property Organization in their World Intellectual Property Indicator (2012 Edition), the number of patent applications in Malaysia versus others countries are as below:

If we link the Global Innovation Index with the World Intellectual Property Indicator, it shows that with the  exception of Hong Kong, the total number of patents filed by residents contribute to the innovation status of that country. Not only do patents need to be constantly filed in the country, but the country also needs to have a good environment to bring the technology out to the market.

In order for Malaysia to succeed in its quest to becoming a developed country, the first thing that the Malaysian Government needs to do is to promote patent filings amongst its inventors. The promotion is an ongoing initiative; that is done by selected government bodies which provide grants for patent filing, development of products and incubation. However, patent filing alone is not enough. Innovation can only happen if an invention is protected and brought to the market to benefit the society. This method is called COMMERCIALIZATION.

However, there should be more efforts in promoting this to individual inventors in the country. This group of inventors is very capable, has a high level of creativity and is constantly coming up with new ideas and concepts. Unfortunately, they have limitations in terms of capital and time to develop the product and bring it to the market. Most of the ideas or concepts that they have, however brilliant, just end up in their home or lab and are never released to the public.

Some inventors decide to publish their idea or concept for recognition, but if nobody else picks up from where the inventor left, the technology will never be developed and marketed. The Government or its bodies should pay more attention to this group instead of just universities. This is because this group of inventors tends to be closer to the market and really knows the needs of the society. The products developed by them are also more easily commercialized to the market as there already are existing needs in the society.

Intellect Patent & Innovation Sdn Bhd can assist individual inventors in commercialization through our complete process flow, vast network with the industry and technical capabilities of our consultants. If you are an individual inventor, a researcher from any institute of higher learning or someone who frequently has new and unique inventions to solve a current problem in the society, please contact us to know more on how we can help you.